Home » Blog » Beneath the Hoodie—Marketing SaaS to the CIO 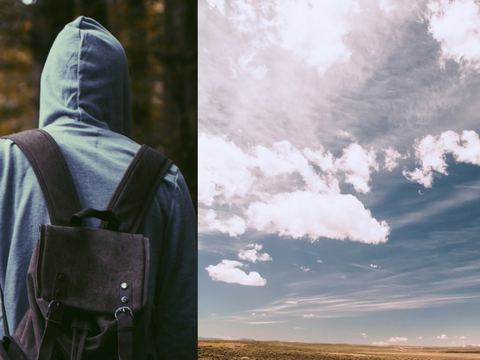 Beneath the Hoodie—Marketing SaaS to the CIO

Today’s CIO faces some significant challenges in order to safeguard the information integrity of his or her organization. A CIO not only faces external threats to data, but also observes a growing landscape of devices and users who demand higher access privileges to data in disparate systems across the globe.

Last year, Gartner estimated that by 2025, an all-in SaaS strategy will be implemented by 55% of large enterprises. As a result, there seems to be an emerging battle between whether SaaS marketers should employ a top-down or bottom-up marketing strategy.

Marketing to the end user is fundamentally different than marketing to the CIO. In order to hit the Gartner target for 2025, marketers are going to have to start successfully targeting the CIO.

Modern CIOs are adapting. Their goals are changing, the way they receive information is changing, and SaaS marketers will also have to phase match in order to take advantage of this opportunity to see enterprise SaaS adoption.

The traditional IT environment has evolved. With it, so have the roles and responsibilities of today’s CIO. We have observed the adoption of Bimodal IT Operations, and have critical services scattered throughout on-prem, private cloud, and public cloud resources.

SaaS has and will continue to be an important component to consolidate resources, improve management, and scale infrastructure on demand. While these resources scale and the infrastructure expands, there are increased chances of security vulnerabilities, and threats that challenge a CIO’s fundamental responsibilities.

Therefore, when marketing SaaS to the CIO, it is critical to not only speak to how SaaS can address these various challenges of scale, but also to relate to the CIO’s core responsibilities directly.

Another challenge arising from Bimodal IT Operations is the emergence of new user demographics that require more privileged access to infrastructure and data than ever before. DevOps teams are leveraging newer tools and methodologies that are changing the way that organizations function, at their core.

As a result, in order to manage these newer tools alongside legacy systems, CIOs have to function at both speeds. Furthermore, CIOs can no longer deprioritize development initiatives, as they are in many cases tied to the bottom line. This poses a direct challenge to the CIO’s way of life.

Although these challenges seem insurmountable, SaaS marketers need to emulate the DevOps mindset within the CIO’s biosphere. Much like DevOps tools, SaaS solutions must be more than a tool in the CIO’s strategy. They must disrupt the ITOps stack and make it more efficient. The following SaaS efficiencies help speak to the needs of the CIO. (Psst…These are conversation topics with Share of Voice (SOV) successful SaaS providers will seek to own.)

SaaS can help CIOs tackle the scale dilemma head-on. The adoption of cloud resources will not only allow dynamically scaling infrastructure, but also execute this task by code. This revolutionizes the traditional ITOps stack, as the CIO’s interests converge with those of the DevOps team.

Security is paramount to the success of the CIO. Increasing the breadth and depth of information and actionable data that a CIO has is a key pillar to the CIO’s security strategy in SaaS. SaaS integrations with industry-leading threat management tools and reporting services can be a winning combination for the CIO.

Migrating legacy systems to SaaS can optimize and modernize the CIO’s infrastructure and optimize the bottom line, leaving traditional licensing structures and hardware requirements in the dust by adopting more agile and utility-based computing.

As previously mentioned, SaaS integrations with major third-party tools can help CIOs divide and conquer their traditional tasks in a more precise manner than their legacy systems. In many cases, legacy integrations would require the CIO to shell out some serious cash for implementation. SaaS can allow these integrations to be precisely executed on specific resources for specific goals without additional implementation investments.

Influencer Marketing: Influencer-generated content is an effective way to reach a CIO. CIOs are much too busy for legacy marketing techniques. Influencers can directly relate to the challenges of the CIO in a meaningful way. Influencer content marketing is one tool that marketers can use to bring the authenticity to the conversation that is needed to capture the attention of the CIO.

Top-Down+Bottom-Up: It may be time to end the battle over top-down or bottom-up marketing strategies. The CIO strategy is being disrupted. This change is being pushed by new user groups such as DevOps, and they’re demanding more from the infrastructure. Merging top-down and bottom-up strategies could be a recipe for success.

Set The Pace: The pace at which organizations adopt SaaS will vary drastically. Don’t force the hand of the CIO until core objectives are addressed.  Let CIOs set their own pace. The marketer’s role is to paint the picture of the CIO’s future-state enabled by his or her product.

SaaS obviously will continue to play a pivotal role in the operational strategy of the CIO. In order to translate real value, SaaS marketers will need to adopt a new strategy and tactics to connect with the challenges that SaaS poses to the traditional CIO role.

Patrick O’Fallon is a Principal at Axiom Group in Denver, Colorado. Serving both public and private organizations, Patrick serves as an outsourced CIO to provide strategic consulting with specialized insight into the ever changing SecOps landscape. A graduate from Regis University with a degree in Computer Science, Patrick has a wide breadth of knowledge to support BiModal ITOps organizations by leveraging DevOps and SecOps expertise combined with over 15 years of ITOps experience. Patrick has consulted in Artificial Intelligence and Advanced Algorithms with various public and private organizations.