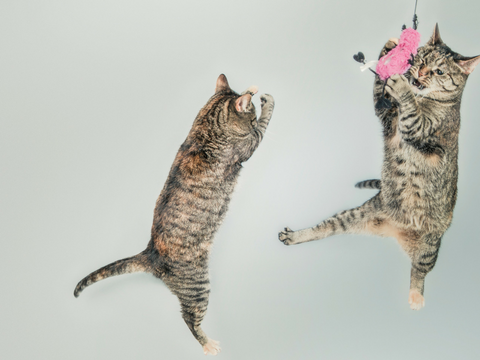 As someone who both freelances and manages a network of freelancers, I think I have a good grasp of the pros and cons of working with them.

Here’s one of the biggest cons: If left to their own devices, freelancers have a tendency to drift away after a while. That’s bad for your business for lots of reasons.

But keeping freelancers engaged is easier said than done. Below, we’ll take a look at the issue of freelancers who stop engaging with you over time, and the steps you can take to mitigate it.

Unlike employees, freelancers have no ongoing commitment to your company. They usually work on a per-project basis. After the project ends, they may or may not want to keep working with you. And even if you have an ongoing contract with your freelancers, that’s no guarantee that they won’t decide to stop working with you—with short notice.

You can’t blame freelancers for being finicky in this way. After all, the main reason why most people choose to become freelancers is that they don’t want the close relationship that comes with W-2-style employment.

That means that they could disappear for a variety of reasons. Some people freelance on the side and stop freelancing when things get busy again at their day jobs. Others might leave you because they think they can get a better-paying gig elsewhere. Some might only be freelancing temporarily while they are in between full-time jobs. Others might stop enjoying the work they do with you, and search elsewhere.

And then, of course, some people are just flaky and will disappear for no good reason at all.

Why Freelancer Turnover Is Bad

On the surface, the issue of freelancers who stop engaging with you after a period of time might not seem like a big deal. If they’re not employees, who cares if they disappear? Can’t you just find new freelancers to take their place?

Well, sure, you could. But you probably don’t want to. Once you have been working with a good freelancer for a while, losing your relationship with him or her is a huge detriment to your business. Consider the following:

How to Keep Freelancers Engaged

So maintaining engagement is the challenge. What’s the solution? Make sure that you keep your freelancers engaged.

There are a number of things you can do on this front. Some require proactive effort on an ongoing basis. Others have to do with the way you design your workflows.

Here are the key strategies we use at Fixate to keep our influencers engaged:

There’s no way to guarantee that you won’t lose a freelancer, of course. But we’re pretty proud of the record we’ve compiled at Fixate, where many of our freelance contributors have been working closely with us since the company’s earliest days. They’re a core part of what we do, and keeping them around and engaged is absolutely essential.

Chris Tozzi has worked as a journalist and Linux systems administrator. He has particular interests in open source, agile infrastructure and networking. He is Senior Editor of content and a DevOps Analyst at Fixate IO.