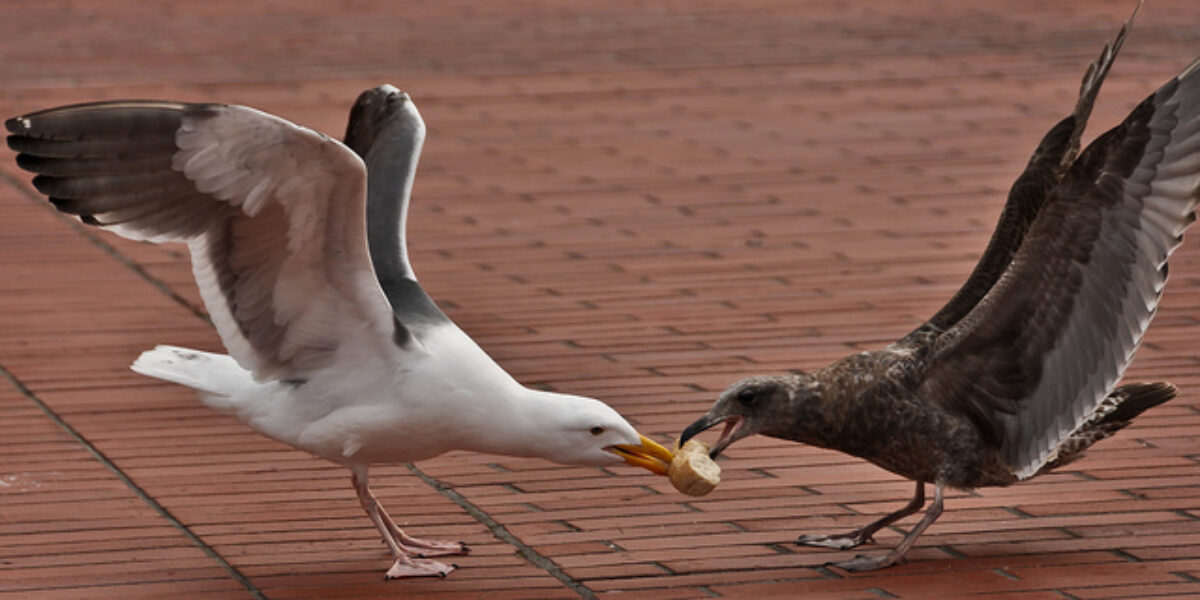 Kubernetes dominates the market of open source container orchestration engines. Why? It’s not just because of technical features. It’s also because Kubernetes has skillfully cultivated the right image within the container ecosystem.

In case you’re not familiar with Kubernetes, here’s a very brief overview: Kubernetes is an orchestrator for containerized software environments built with Docker. Kubernetes automates the processes of provisioning and managing containers.

But Kubernetes is not the only tool that does this. Nor is it the only one that does it for free, or that  is open source. Other popular container orchestrators that have both of these qualities include Swarm, an orchestrator created by Docker itself, and Mesos.

There are also several other container orchestrators out there. Most are built into specific container platforms, like Amazon ECS.

As you can tell from the following Google Trends graph, this has been the case since around the spring of 2016, when Kubernetes overtook Mesos in Google search awareness.

Google Trends suggests that Kubernetes’ share of voice has continued to rise steadily since that time, while the share of voice for Swarm and Mesos has essentially flatlined.

Kubernetes’ clear dominance is interesting. It can’t be explained by technical functionality alone. Yes, there are differences between Kubernetes and other orchestrators in the way they work. But overall, Docker Swarm and Mesos do the same essential things as Kubernetes. All of these orchestrators are mature feature-wise. They are also all backed by major companies. And of course, they’re all open source and free for anyone to use.

Indeed, Swarm is from the same people who invented Docker containers, and it is included by default whenever someone downloads Docker. Yet despite this seeming advantage, Swarm is losing dramatically in the share-of-voice battle against Kubernetes!

So, what’s going on? How did Kubernetes come out so far ahead of Swarm and Mesos when it comes to share of voice?

The following reasons provide the key to the answer.

Kubernetes was the first project to be endorsed by the Cloud Native Computing Foundation, or CNCF. Interestingly, the endorsement happened in May 2016, at precisely the moment at which Kubernetes overtook other orchestrators in Google searches. This timing suggests that the CNCF endorsement was key in supercharging Kubernetes’ share of voice.

Exactly why CNCF backing proved so important is difficult to say for certain, but I’d wager a guess that it was partly because the CNCF represents a new generation of open source community foundations. Unlike older open source projects, whose code was simply posted on GitHub, or backed by decades-old foundations like Apache, Kubernetes has strong backing from a group that promises to help build the open source frameworks of the future.

Kubernetes originated from an internal project at Google, back when Google was using containers to run its own data centers. This was before most other people were using containers. Kubernetes continues to receive strong backing from Google today.

Google’s backing is important not just for functional reasons, but also because Google’s long experience with containers reinforces the idea that Kubernetes is built by people with deep domain expertise. Indeed, Google can claim more extensive experience with container technology than even Docker. This is likely at least part of the reason why Swarm can’t keep pace with Kubernetes in terms of share of voice, despite Swarm being a creation of Docker.

Kubernetes also benefits from a remarkably strong base of developer-advocates. These are people who understand Kubernetes at a deep technical level and are passionate about encouraging others to use Kubernetes.

A good developer-advocate is worth a hundred developers who understand how a technology works, but aren’t interested in pitching it to others. Developer-advocates are also worth much more than standard marketers, who are good at writing ad copy, but lack the technical skillset to be able to communicate technology in a way that speaks meaningfully to people who actually use it.

When it comes to developer-advocates, Kelsey Hightower takes the cake. He sings Kubernetes’ praises in a way that other developers, as well as CIOs and CEOs, can understand.

To sum up: Kubernetes has gained an outsized share of voice because it is an innovative open source project, is associated with strong domain expertise in the container world, and benefits from excellent developer advocacy.

These qualities are the same ones that Fixate develops to increase its clients’ share of voice. We provide content written by subject-matter experts who have domain expertise and serve as developer-advocates. That way, our clients get content that stands apart from marketing fluff, leading to a meaningful share of voice within their target markets.