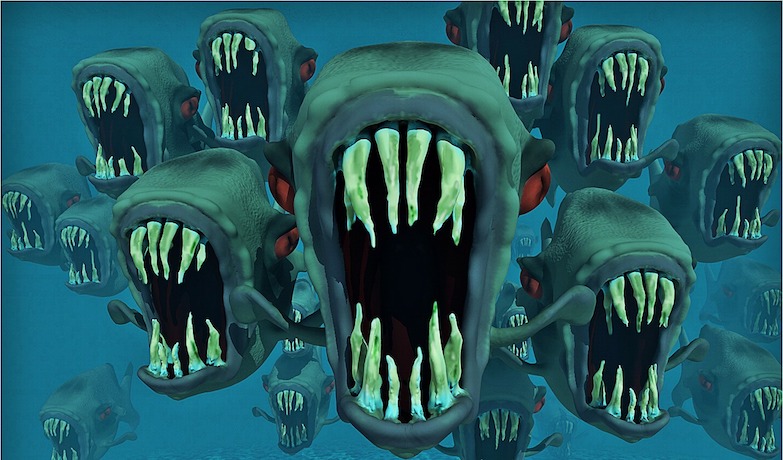 As far as a public relations mistake goes, the HQ Trivia CEO’s tirade against a Daily Beast reporter ranks as a wholly unnecessary and easily avoided controversy. But there are some valuable lessons that tech companies can learn from it.

First, here’s a summary in case you missed the controversy: Daily Beast reporter Taylor Lorenz interviewed the host of HQ Trivia (a popular trivia app), to write a profile on his life and what it’s like to be the face of a popular app. (“Profiles” are what reporters call articles about a specific person, their personality and their history.)

This particular profile on HQ Trivia host Scott Rogowsky was light-hearted, and a bread-and-butter human interest piece that was likely to be a burst of good news just before the Thanksgiving weekend. It spoke about how Rogowsky started his career as a stand-up comedian, his move into improv, and eventually video, which led him to HQ Trivia. He talked about how the Internet can bring people together, his sudden ascent to near A-list popularity among mobile trivia users, and his love of lunch salads. It was a cute profile.

Here’s where things got ugly.

HQ Trivia CEO Rus Yusupov called Lorenz and expressed his anger with her for interviewing Rogowsky. Here’s an excerpt from her article, explaining what happened:

“Yusupov, the CEO of HQ, called the reporter’s cell phone and immediately raised his voice. He said that we were “completely unauthorized” to write about Scott or HQ without his approval and that if we wrote any type of piece about Scott, he would lose his job.

Yusupov continued to threaten Scott’s job, even after The Daily Beast explained that the story was framed around Scott’s daily life and that he revealed no corporate information.

“You’re putting Scott’s job in jeopardy. Is that what you want?” Yusupov said. “Scott could lose his job.”

It goes on from there, but Yusupov repeatedly threatened his employee’s job over a profile Lorenz was writing, and demanded innocuous details of her article be removed. (They weren’t.) The end result was an article that focused on Yusupov’s threats, rather than just the profile of the HQ host.

This isn’t an isolated incident, although I’ve personally never experienced this level of hostility from a source over a simple profile. But when I was speaking with an acquaintance very recently, she was shocked when she saw a news article about her company online in a tech publication. How, she asked me, could they write about her company without calling her?

Simple. Because that’s not how it works.

Reporters Do Not Need Your Permission to Write About Your Company, Your Employees or You

This is somehow the point that escapes tech entrepreneurs. Reporters don’t need anyone’s permission to write about them. At all. Ever.

The only requirement is accuracy, and accuracy often requires a certain level of access. However, we don’t need waivers, verbal permission or MOUs to write down facts and publish those facts to a wide audience.

Once Lorenz had completed the interview with Rogowsky, she had all she needed to write the profile. She noted that she reached out to HQ Trivia’s PR office as a courtesy, but it wasn’t required.

If Rogowsky had declined to do an interview with her due to company rules, she could still have written a piece about him based on background checks, interviews with friends, and videos of past standups (assuming such information exists and she had access to it).

Now, there are a few exceptions to this rule, but these exceptions are purely journalists’ calls, and are based on ethical considerations. For example, obituaries of private individuals (not politicians, celebrities or other powerful individuals who do not have a reasonable expectation of privacy) might be scrapped if the families request the pieces not run. Pieces that name or identify victims of crimes, especially rape, will be altered to shield identity, or (in rare instances) might be dropped entirely if the subject backs out or decides they aren’t comfortable sharing their story.

But otherwise, it’s a struggle to find examples where I need someone’s permission to write about them.

The Daily Beast article continued: “‘This is ridiculous,’ Yusupov said. ‘If you reached out to an Apple engineer and they gave you information about the new iPhone, would you run it? No, because you’d have to go through proper press channels.’”

Actually, if someone leaked information about a new iPhone, I’m 100 percent sure tech reporters would be all over that. A scoop like that would be big news (in fact, here are some examples of recent iPhone product leaks).

While publishing leaked information about a company would make the head of that company angry, journalists don’t work for CEOs. We work for our readers.

Tech entrepreneurs hold a lot of power. If you’re a tech entrepreneur, you may be thinking that your company, with limited runway and 16-hour days, doesn’t run with the bulls yet, but you’re still making decisions that could influence the future of your industry. And if nothing else, being the CEO means you hold power over your employees.

That power means you’re held to a higher standard, and reporters are all about holding those with power accountable. We have a few sayings about it. (“Speak truth to power” comes to mind as an example.) The power a tech CEO holds over employees, and his or her potential to shape the industry means that words matter, and threatening to fire an employee and using him as a bargaining chip for a perceived piece of bad press is not a proper use of that power.

Here’s my take: This article revealed HQ Trivia’s leader stating on record that he was willing to sacrifice his popular, public icon to avoid publicity that he didn’t control.

(He later Tweeted that he apologized to Rogowsky.)

Here’s more of his conversation with the Daily Beast:

“After a back and forth wherein Yusupov told The Daily Beast its reporter would never be allowed to talk to Rogowsky again, the co-founder nervously stated that the conversation was off the record, something he had not stated before that point and a precondition The Daily Beast had never agreed to. The phone call ended shortly thereafter.”Which leads me to my next point:

Off the Record Only Works if You Say It First

“Off the record” is not magic. There are rules for using “off the record” to give a reporter information that will not be quoted.

You can’t end a conversation saying it’s all been “off the record.” You don’t get take-backs. You set up a reasonable expectation at the start of the conversation and all parties stick with it. (For example, an off-the-cuff tirade at a reporter is fair game for an article if you haven’t set expectations.)

There are also levels of “off the record,” such as “on background,” “on deep background” and “not for attribution,” all of which I plan to go over in a future post.

What You Can Do: Create a PR Strategy that Works with Reporters

The above piece of advice is directly from Lorenz (I spoke with her briefly via email before writing this), and I second the advice.

Reporters are not the enemy, but between reporters and tech entrepreneurs, we have different goals and different bosses. The goal of a tech entrepreneur is to keep the company running smoothly, to make money, and perhaps achieve a specific social mission along the way. Your bosses are your stakeholders and your customers. In journalism, the goal is to tell the truth. Our bosses are our editors and our readers. It’s really that simple.

And if the truth is that if someone threatens their most popular employee over a feel-good profile, that’s going to be that day’s headline.

What do reporters need? At minimum, fast responses to our inquiries about the company, press releases with company comment on big developments or controversies, and background information about what the company does and why on the company’s website. (Additionally, downloadable photos are good.) But really, we need public relations contacts who understand the role of journalists in society and why we do not need to contact PR offices to get what we need. (But it’s better for tech companies and easier for us if people make the PR office the easiest place to find information.)

Even after the Daily Beast article ran, HQ Trivia remains popular. But almost like a bad pun, Yusupov tweeted this the day the piece was published:

Looking for a good PR agent. DM me if interested!