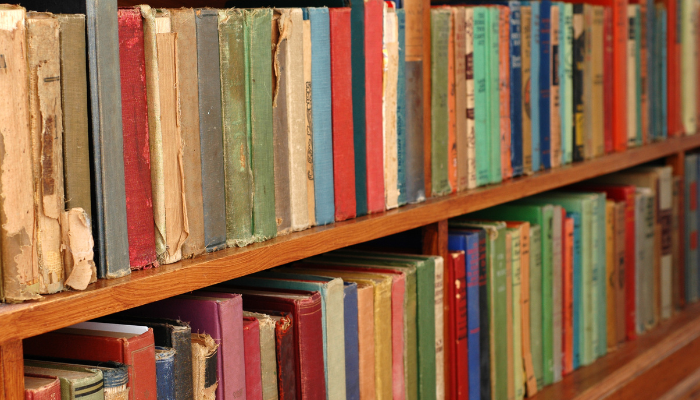 Anyone who reads anything at all knows the feeling you get when you see a title that attracts your attention and peaks your interest; enough to get you to click (or flip to the page, or buy the ticket). For the purpose of this post and this discussion about the importance and power of titles, we are looking specifically at their use in content written for digital distribution. And, because most people can relate to the ability of a title to attract, it’s a fairly brief discussion.

We’re going to look at titles from a very specific, and perhaps unique perspective. Titles created for the purpose of igniting the passion of a writer, rather than the interest of a reader. Titles that frame entire concepts in just a few words, and that are irresistible to the writer who knows exactly how to build on that frame in spectacular fashion. Titles that give rise to the deep and detailed telling of . . . whatever it is you want to share with your audience.

The chicken or the egg?

There isn’t a hard-and-fast rule for creating a title . . . or for when to give your content a title. There are scores of movies that would have flopped had their original titles not been changed toward the end of the creation process. And, there are legions of books with horrible titles that, had they been changed, may have seen success. Logically speaking, titling your content should be a fluid process.

In the early stages of content creation, however, a title is often mandatory. You could start with a thesis statement that inspires a title. Or, you could start with a title. The order in which you initiate your process doesn’t really matter, and may differ depending on the topic and objective. Either way, if the next stage of your content creation process is to start writing the post (or article, or paper, or book), a title AND a supporting thesis statement are a must.

We won’t belabor the point that titles can be powerful and are important to attract readers or viewers or consumers of any stripe. We do want to emphasize, though, that titles are critical to the content creation process.

It’s one thing if you’re writing a title to get your own creative juices flowing. But what if you need to inspire the creativity of a third party who will write the content for you? (This is the unique perspective we mentioned earlier.) That puts a little more pressure on you, but it’s the kind of pressure that ultimately improves the overall process, as well as the outcome. It’s not the magnitude of pressure required to crystalize carbon atoms into diamonds, but we think the metaphor applies.

Cutting to the chase, if your initial title attracts a writer who is inspired to read your thesis statement and then produce written content that gives vibrant life to your concept, you do in fact hold a gem in the end.

Up until now we’ve talked about titles almost as emotional levers — attraction, inspiration, value (who doesn’t value diamonds?). In the business of content marketing, though, you can’t ignore the usefulness of titles as a tool. Titles are a tangible element and step in a replicable process.

The process? That of content creation. In the tech industry, we strive to attract and engage the DevOps professional with our content. So, content creation has to keep pace with technology; i.e., constant and consistent and fast.

Titles, like most tools that you keep sharp and know how to use, can be the trick up your sleeve. Understand their potential for focusing all the creative energy it takes to produce content that informs and amplifies; that reaches and reinforces; that creates conversations and converts.

What You Can Do With A Title

Fixate is in the practitioner marketing business – creating content for the tech industry. Our network of DevOps practitioners and freelance writers combine their skills to produce technical content that resonates with their peers – engineers, data scientists, security professionals.

Fixate’s process starts with your titles and thesis statements. That is all the inspiration we need in order to put the content creation process in motion.

But what if you’re at a loss for titles and thesis statements? It happens! Fortunately, when working with Fixate, you have access to their network of DevOps practitioners. Those practitioners, in addition to being prolific writers, are avid consumers of technical content. They know what kind of titles attract them, and therefore, they can come up with titles that would attract them. They can also draft supporting thesis statements for the working titles.

Fixate’s process includes a safety net that checks the effectiveness of working titles submitted by clients. Again, our network of writers is instrumental in this process. Our practitioners can identify good . . . and bad titles. If one of our writers doesn’t pick up an assignment within a relatively short period of time, we solicit the network for input and suggested improvements.

Whether or not you outsource your content creation process to Fixate, you can use a worksheet like ours to plan your content.  Try writing titles that attract your writers. This approach may tap a new level of your own creativity, and you may even discover that it inspires the writing process and quality of the content.